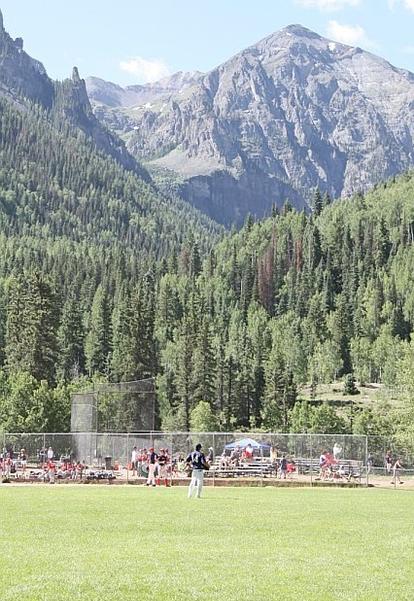 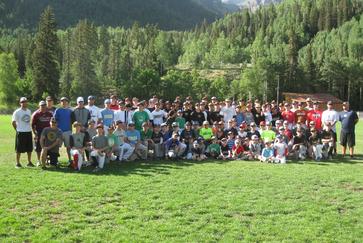 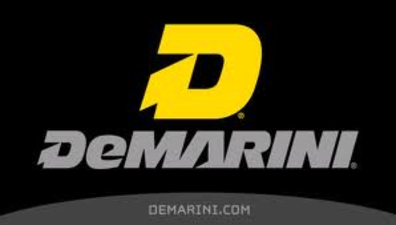 The Telluride Baseball Camp is dedicated to advancing each player’s skill and confidence level. With accomplished coaches from the collegiate, professional, and high school ranks and competition at both national and international levels, The Telluride baseball Camp creates a uniquely diverse and life-changing baseball experience.

The 2021 Baseball Camp will bring together some of the top coaches in amateur and professional baseball. In it's 11th year this looks to be the best group of instructors yet!

Players from 5-18 are invited to attend this 4 day camp. Players will receive instruction in all aspects of the game.

Camp takes place in the amazing Telluride Town Park. No facility in the world rivals the backdrop that these fields offer!!


Chad Moeller
Played his College career at University of Southern California where he was 1st Team All Pac Ten in 1996. And part of the College World Series team in 1995. His Professional career began with him being drafted and signed with the Minnesota Twins in 96 (7th Round). Along the way he played with the 2000 Minnesota Twins, Arizona Diamondbacks 2001-03, Milwaukee Brewers 2004-2006, Cincinnati Reds 2007, Los Angeles Dodgers 2007, New York Yankees in 2008, Baltimore Orioles in 2009, and  the New York Yankees in 2010. His Individual Accomplishments include catching in over 500 major league games, Hit for the Cycle in 2004, Catcher for Randy Johnson 2002-2003, Caught Randy Johnson’s 16 strike out game, Caught Ben Sheets’ 18 strike out game, Played in the Big Leagues for 11 seasons, Played professional baseball for 16 seasons, Member of 2001 AZ Diamondbacks World Series Team.

Former professional baseball infielder. In his ten-year Major League Baseball career, Bellhorn was best known for being the starting second baseman for the Boston Red Sox during their 2004 World Series championship season.

John Kazanas
John Kazanas hit .385 as a college senior, at University of Missouri,  leading the team; he also was first with 11 doubles and 34 RBI. He spent six years in the school's sports information office and also was the team's announcer on the radio. He was assistant baseball coach at UMSL from 1977-1983. Kazanas was the head coach at Saint Louis University in 1984. He then became a Chicago White Sox scout, signing Brian Anderson, Mark Buehrle, Jeff Bajenaru, Brandon McCarthy and Keenyn Walker. He coached for Greece in the 2004 Olympics​

Ryan Dyer
Ryan brings over 20 years of High School baseball coaching experience to the Telluride Baseball Festival. His coaching career includes stops at Salpointe Catholic, Brophy Prep, Saguaro HS,  North Canyon HS, Coronado High School, and Desert Mountain High School . Ryan has been named Arizona Region Coach of the year 4 times, 2 times Section Coach of the year, and AZ Coach of the year twice. His 2011 team holds the All Time Arizona Record for wins in a season at 34. He has two Arizona State Championship Titles and has had teams ranked in the top 10 nationally. . He has been instrumental in sending over 100 players on to college or professional baseball during his High School coaching career.


Ray Alonzo
is a member of the Arizona High School Baseball Hall of Fame: He was Apollo baseball for parts of three decades. He led the Hawks to the 1990 state championship when Paul Lo Duca led the team on the field. Now the head coach at Cactus High School. Ray Alonzo is one of the best high school baseball coaches in the country 1993-1994 Coach Alonzo was the Head Coach for Phoenix College.  During his career, Coach Alonzo won the 1994 Sr. National Championship in New York against such great players as Kevin Long (hitting coach for the NY Yankees); was inducted in the Babe Ruth Baseball Hall of Fame (1994) and inducted into the AZ High School Baseball Coaches Hall of Fame (2009).  Although he doesn't like to keep track, Coach Alonzo estimates he has over 300 career wins.   Coach Alonzo returns for his second year as the Head Coach of Cactus Baseball.

Pete Hartman
Pete had a 15 year professional career. He was drafted in the 9th round by the Texas Rangers in 1993. He also played internationally in Mexico, Taiwan, Italy, and the Dominican Republic Pete currently is the Pitching Coach at Pinnacle High School and is a director of the CC Bombers

Joe Muecke
Head Coach Saguaro High School
The 2013-14 season was Coach Muecke’s 10th year at Saguaro and 1st as Head Coach. Coach Muecke joined the Sabercats in 2003 as an Assistant Coach and brought a commitment of quality work ethic as well as determined efficiency during his time as an assistant. Over the last decade, he has built relationships through camps, teams, tournaments, and events with coaches and players of Major League, College, and High School pedigrees. Coach Muecke started his H.S. Baseball coaching career at Scottsdale Saguaro, where he served his time as a bench coach, infield specialist, hitting coach, and in 2009 was named Assistant Varsity Head Coach. In 2010, Saguaro won their first State Championship since 1992. That success was duplicated in 2011, with a 34-2 state record for wins in a season and back-to-back state championships.


Matt Denney
​Casteel HS Head Coach
Casteel High School’s  head baseball coach.The National High School Baseball Coaches Association (NHSBCA)  announced Matt Denny’s selection as Rocky Mountain Region - Coach of the Year for the 2016 season.From 2008-2016, Coach Denny led Greenway High School’s varsity baseball program to a 205-76 record. His teams won 20 or more games six different times and made the post season tournament in all eight seasons – twice to the semifinals and twice to the championship game.In a two-year span, Denny coached his club to a record of 70-7, winning 29 games straight, tying a state record (2013), and winning a state championship (2014). The 2014 team earned the MaxPreps Medium Schools Rank of No.1 in the nation and Denny was named Arizona Baseball Coaches Association Coach of the Year.Eight of Denny’s players were drafted by Major League Baseball teams. Ten of his players are currently active in college or professional baseball.He has served as a longtime coach of Arizona’s Sunbelt team which showcases the state’s best juniors and he is a member of the USA baseball task force used to identify and select national team players.Denny played baseball at Phoenix College, South Mountain Community College and Grand Canyon University. He has a degree in Secondary Education - Physical Education from GCU.
​